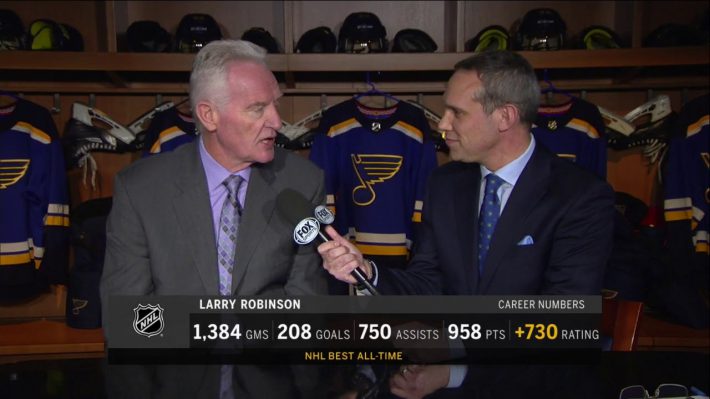 Are the Devils in the details for the St. Louis Blues?

A win tonight in Game 7 of the Stanley Cup final would give the Blues the Cup, of course but it would also give them a tie with the 1995 New Jersey Devils for the most road wins in one Stanley Cup year.

The Devils went 10-1 away from the Prudential Center en route to their first Stanley Cup win in franchise history.

Those road triumphs included three wins at Boston in the opening round. Larry Robinson was an assistant coach with that Devils club.

The Blues are 9-3 on the road. A win in Game 7 over the Bruins would give St. Louis the first Cup in franchise history. It would also be the third victory at Boston by the Blues in the final series and give them a share of Cup record for road wins with the 1995 Devils.

I'd like to say thanks to all my friends and #Blues #fans for their #birthdaywishes. A win next game would be the best gift! #Stlblues https://t.co/n6FDlmAsZm

Larry Robinson has worked as an assistant coach/consultant with the Blues this season.