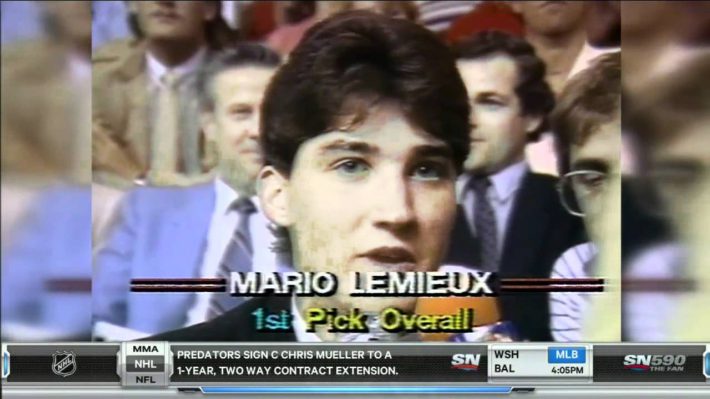 It can be a question. It can also be an exultation of joy from a recently-crowned champion.

In this instance, we’re talking about the NHL entry draft.

Hughes has earned the right to make the claim the he currently holds that ranking. But down the road, will Hughes be able to add his name to this list?

These are the greatest players to be selected first overall in the history of the NHL entry draft.

That’s what we want you to decide. Vote below and reveal the answer.

The Montreal Canadiens traded with the California Golden Seals to acquire the pick that would ultimately be first overall. With it, they grabbed the guy who’d lead the franchise to glorious accomplishments over the rest of the decade.

Lafleur won five Stanley Cups with the Habs. He’s the all-time scoring leader in franchise history with 1,246 points on 518 goals and 728 assists. He won three Art Rosse Trophies and a pair of Hart Trophies and was inducted into the Hockey Hall of Fame.

Coming off what was then an NHL-worst 12-60-6 mark during their inaugural NHL season, the reward for the New York Islanders was Ottawa 67s defenseman Potvin. He became the backbone of their team, serving as captain and leading the Isles to four Stanley Cups.

Potvin won the Calder Trophy and three Norris Trophies. He is enshrined in the Hockey Hall of Fame.

The Pittsburgh Penguins endured a legacy of failure from the time they entered the NHL in 1967. On the day that they called Laval Voisons center Lemieux’s name with the first pick, they’d won only three playoff series in team history.

Lemixux scored a dazzling breakaway goal on his first NHL shift. He captained Pittsburgh to consecutive Stanley Cups in 1990-91 and 1991-92, winning the Conn Smythe Trophy both times. Hall of Famer Lemieux won six NHL scoring titles and a trio of Hart Trophies.

Ovi captained the Capitals to the 2017-18 Stanley Cup, winning the Conn Smythe Trophy in the process. Eight times, he’s led the NHL in goals and won the Rocket Richard Trophy. That’s an NHL record.

Emulating Lemieux, Sid The Kid led the Penguins to consecutive Stanley Cups in 2015-16 and 2016-17, winning the Conn Smythe Trophy both times. Overall, the Pittsburgh captain has lifted Lord Stanley’s mug on three occasions.

Crosby is a tw0-time NHL scoring champion and owns a pair of Hart Trophies. He’s the only teenager to ever be named MVP of a major North American sports league.

The Edmonton Oilers captain also has a pair of Ted Lindsay Awards as the NHLPA’s choice for the NHL’s most outstanding player. Three times, McDavid’s been selected to the NHL First All-Star Team.