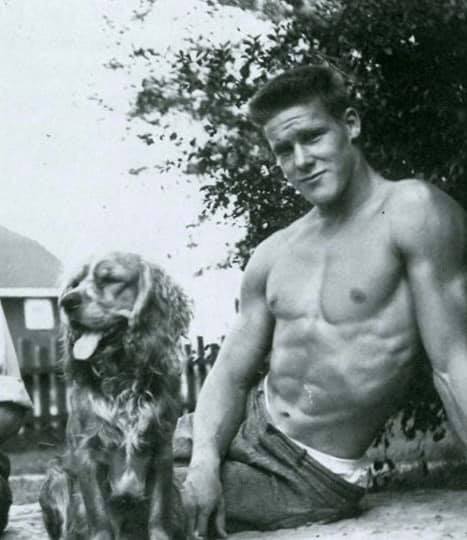 For all those folks out there who thing the old-time players weren’t in the kind of shape that today’s players are, that they didn’t make a commitment to fitness in the same manner that the current crop of talent does, allow us to introduce Mr. Tim Horton.

An NHL defenseman from 1949-74, Horton was considered the strongest player in the NHL. Once he got you in his grasp, you stayed there until he decided to let you go, and you could only hope that decision would arrive before Horton squeezed all the oxygen out of you.

Don Rope, a two-time Canadian Olympian who roomed with Horton in junior at Toronto St. Michael’s, once explained Horton’s workout regimen. Before retiring for the night, Horton would do 500 fingertip pushups. Then he would walk over to the door and with his bare hands, perform 500 pull ups on the door sill.

Died on this day in 1974, in a car accident at age 44: @HockeyHallFame defenceman Tim Horton, 6-time NHL All-Star who over 22 seasons played with @MapleLeafs (4 Stanley Cups), @NYRangers, @Penguins and lastly, @BuffaloSabres pic.twitter.com/z2GPa4LPB4

And we’d bet dollars to donuts that Timmy would fit in just fine in today’s NHL.