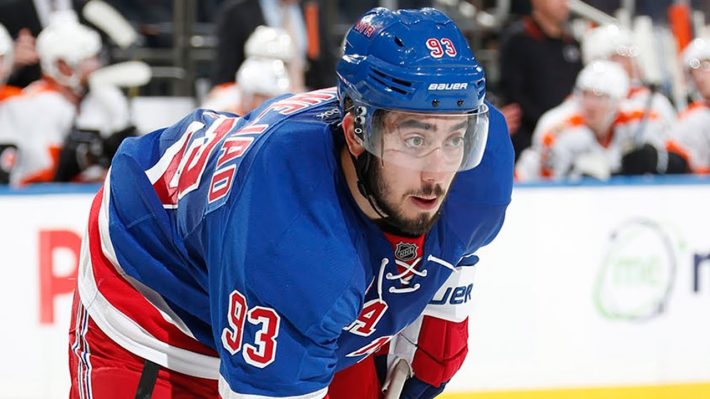 Right behind is Anthony Mantha of the Detroit Red Wings. He’s posted 5-2-7 totals.

What’s interesting about this players in that it’s been a very long time since any of their teams have finished the season with the NHL’s leading scorer in their lineup. In fact, in the case of the Rangers and Maple Leafs, it was so long ago that the league wasn’t even presenting the Art Ross Trophy to the scoring leader.

Bryan Hextall Sr. of the #NYR.https://t.co/iqkLnEMbXn

It’s been awhile for the Wings as well but at least they’ve got players with Art Ross Trophy inscriptions, the most recent being Gordie Howe. Mr. Hockey lead the NHL in scoring in 1962-63 at the age of 35, when he posted 38-48-86 digits in 70 games.

Other than the Chicago Blackhawks, who saw Patrick Kane lead the NHL in scoring with 46-60-106 digits in 2015-16, the NHL’s so-called Original Six franchises are all in the midst of lengthy NHL scoring leader droughts.

Most Recent NHL Scoring Leader From Each Original Six Team