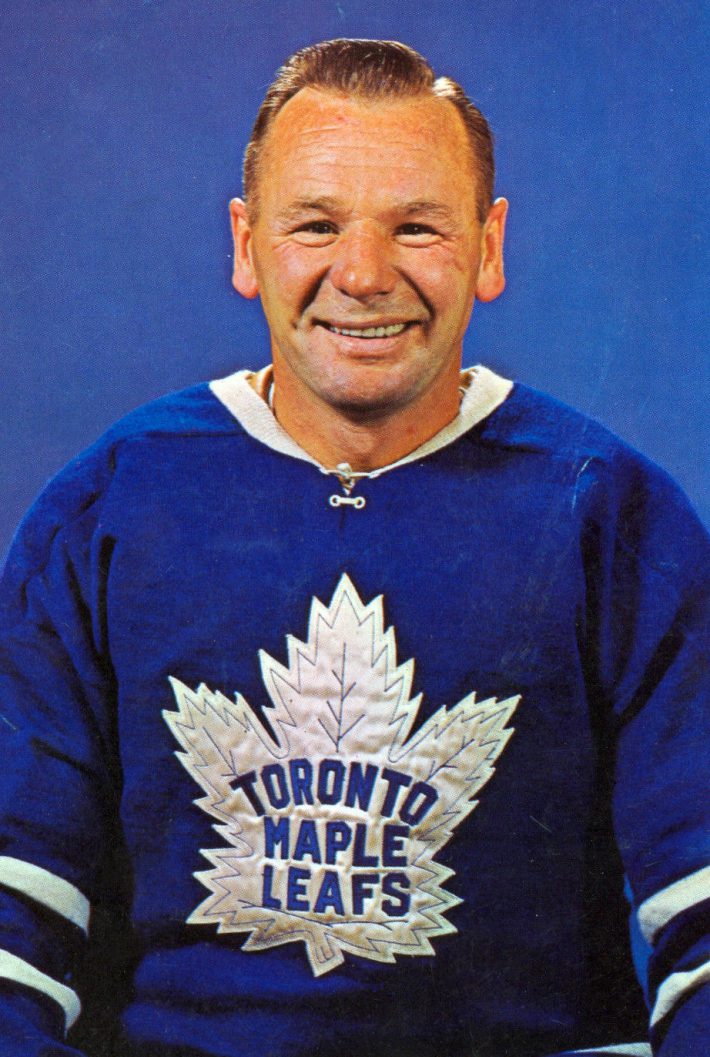 Al Rollins might be the most decorated NHL player who hasn’t earned enshrinement in the Hockey Hall of Fame.

Al Rollins: A #HockeyLegend whose goaltending career spanned both the PCHL & the NHL. Won the #StanleyCup with Toronto in 1951, won the Hart Trophy as league MVP with Chicago in 1954, and won two Allen Cups (1948 & 1966).https://t.co/UPHhTAZmC9 pic.twitter.com/QYrtpGfJ7C

In 1952-53 with the Chicago Blackhawks, Rollins finished second in Hart Trophy voting as he backstopped the Blackhawks to within a win of the Stanley Cup final in what would be Chicago’s only playoff appearance between 1946-47 and 1957-58.

The following season, Rollins was awarded the Hart Trophy, even though the Blackhawks finished last overall in the six-team NHL. Rollins and Brooklyn Americans defenseman Tommy Anderson (1941-42) are the only eligible Hart Trophy winners not enshrined in the Hockey Hall of Fame.

On this day in 1951, Al Rollins recorded his 7th career shutout to lead the Maple Leafs to a 1-0 win over the Canadiens #Hockey365 #LeafsForever pic.twitter.com/j1gbxmZr1w

Rollins also delayed the arrival of Leafs legend and Hall of Famer Johnny Bower to Toronto by almost a decade.

During the 1949-50 AHL season, Bower was in his fourth campaign with the Cleveland Barons, sharing netminding duties with Rollins.

“The Leafs were looking for a goalie because Turk Broda had been suspended by Leafs owner Connie Smythe, who felt Broda was too fat,” Bower recalled in his autobiography The China Wall: The Timeless Legend Of Johnny Bower.

The answer is Johnny Bower and Fred Glover, who both played for the Cleveland Barons. Bower won the Les Cunningham Award three straight years from 1956-58, while Glover won it in 1960, 1962, and 1964 pic.twitter.com/9XUwv9vWU1

Just as he had in 1936 when George Hainsworth was at the end of his road as Toronto’s goalie, in 1949 Smythe began scouring the minor leagues for a replacement. In 1936, he’d settled on Broda, whose contract he purchased from the Detroit Red Wings.

Smythe decided to check out the two Cleveland netminders, and ultimately settled on Rollins.

On Nov. 29, 1949, the Leafs traded Bobby Dawes, $40,000 and future considerations (Phil Samis, Eric Pogue and the rights to Bob Shropshire) to the Barons for Rollins.

At first, it looked like he had the right guy but when the defending Stanley Cup champion Leafs were swept in the first round of the 1951-52 playoffs by Detroit, Smythe traded Rollins to Chicago for veteran Harry Lumley.

Lumley gave way to Ed Chadwick, and in the spring of 1958, Leafs GM Punch Imlach selected Bower from Cleveland in the inter-league draft.

Bower played 12 seasons in Toronto, won four Stanley Cups and two Vezina Trophies. The Leafs didn’t play in a single Stanley Cup final from 1951-52 until Bower arrived for the 1958-59 season. They played in six finals in Bower’s first nine seasons with the team.

How might Toronto’s fortunes through the 1950s changed had Smythe opted to install the China Wall in front of the Leafs’ net in 1949?