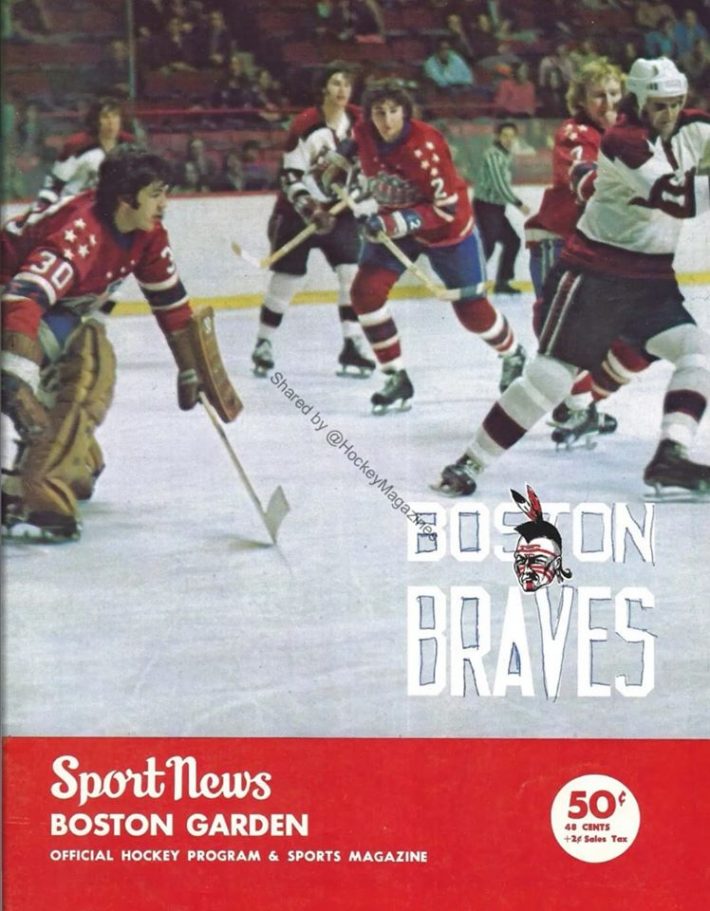 When it comes to stopping pucks barefaced, Andy Brown gets all the glory. Playing for the Indianapolis Racers of the World Hockey Association in 1976-77, Brown is acclaimed correctly as major league hockey’s last maskless netminder.

However, Brown, who was the last maskless goalie in the NHL when he played his final game for the Pittsburgh Penguins on April 7, 1974, shares the mark for maskless netminding in pro hockey with a much lesser-known puckstopper.

From the HHOF Archives – Andy Brown of the @Penguins. The last @NHL goaltender to play without a mask. pic.twitter.com/LT0MIZO5wC

Gaye Cooley’s farewell season in pro hockey was also in 1976-77, with the Southern Hockey League’s Charlotte Checkers. Cooley played two games that season, and did so sans mask.

Cooley owns a couple of other notable hockey achievements. During the spring of 1976, he became the first and only goaltender to backstop two pro hockey teams to championships in the same season.

First, Cooley backstopped the Checkers, first-place finishers in SHL regular-season play, to a 4-1 victory over the Hampton Gulls in the best-of-seven league final. When Rejean Lemelin was injured playing for the Phiadelphia Firebirds in the North American Hockey League playoffs, Cooley was called up as a replacement.

Looking for something else, and came across another pro goaltender going maskless post-Worsley. Gaye Cooley (Charlotte SHL) was maskless in the winter/spring of 1975. Looks like he regrets it in the last shot. pic.twitter.com/Xz0PM7qXNg

He played eight playoff games for the Firebirds, backstopping them to a 4-2 verdict over the Beauce Jaros in the NAHL final.

Cooley’s spring of 1976 relief work wasn’t done, though. He served as backup goalie for the New England Whalers during the WHA playoffs after an injury to Bruce Landon and saw action in one game.

Brown launched his NHL career with the Detroit Red Wings, and Cooley also made his first big hockey splash in the state of Michigan. 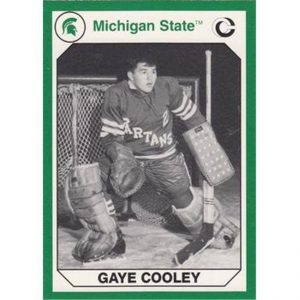 Playing for the Michigan State Spartans, Cooley led MSU to the 1965-66 NCAA title and was named MVP of the Frozen Four.