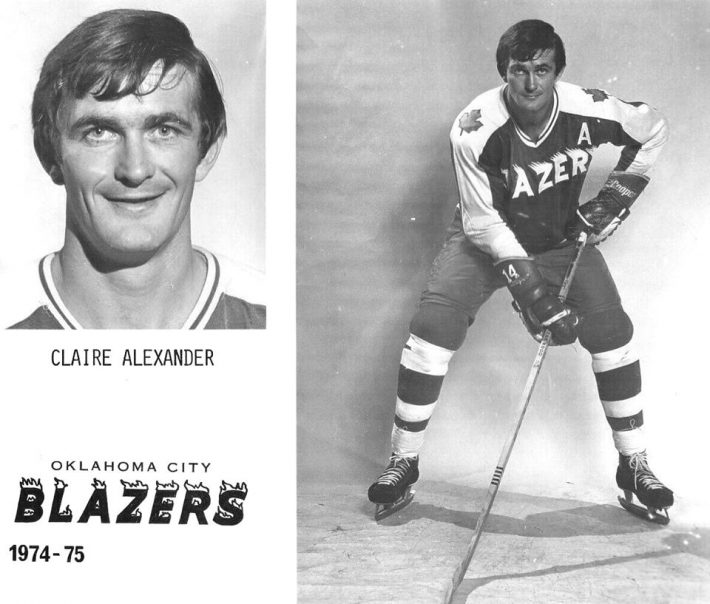 During the first half of the 1970s, the scouting staff for the Toronto Maple Leafs really worked the corners in search of talent.

Perhaps Toronto’s most off-the-wall addition, though, was defenseman Claire Alexander. Alexander was 27 and playing senior hockey for the Orillia Terriers when the Leafs got him to agree to a five-game amateur tryout with their Tulsa Central Hockey League minor-league club in January 1973.

Alexander gave pro hockey a one-season whirl, splitting the 1966-67 campaign between two Eastern League teams, the Knoxville Knights and Johnstown Jets. He decided that wasn’t the life for him, and returned home to Collingwood, Ont. to work as a milkman by day and play senior hockey at night.

“I loved that job,” Alexander told the Daily Oklahoman in 1975 of his milk delivery route. “I was my own boss and you’re outside all day.

“What more could you ask?”

Alexander scored five goals during his five-game tryout with Tulsa. Then he went home and resumed his milk run and on-ice duties with the Orillia Terriers, helping them win the 1972-73 Allan Cap.

The Leafs, though, weren’t easily deterred. On Sept. 1, 1973, they signed Alexander to a free-agent contract. He played that season with the CHL’s Oklahoma City Blazers. Alexander was named CHL rookie of the year and defenseman of the year after posting 23-37-60 numbers in 73 games.

43 yrs ago, Leafs blasted North Stars 9-2 at the Met Center thanks in part to rookie D-man Claire Alexander's only career hat trick. The longtime Southern Ontario senior men's hockey player made the jump to the pros well into his 20's. pic.twitter.com/ZiMKxR8DNA

The Milkman, as he became known, spent three seasons with the Leafs and one with the Vancouver Canucks. He finished his North American pro career with the WHA’s Edmonton Oilers in 1978-79, where his teammates included Wayne Gretzky.