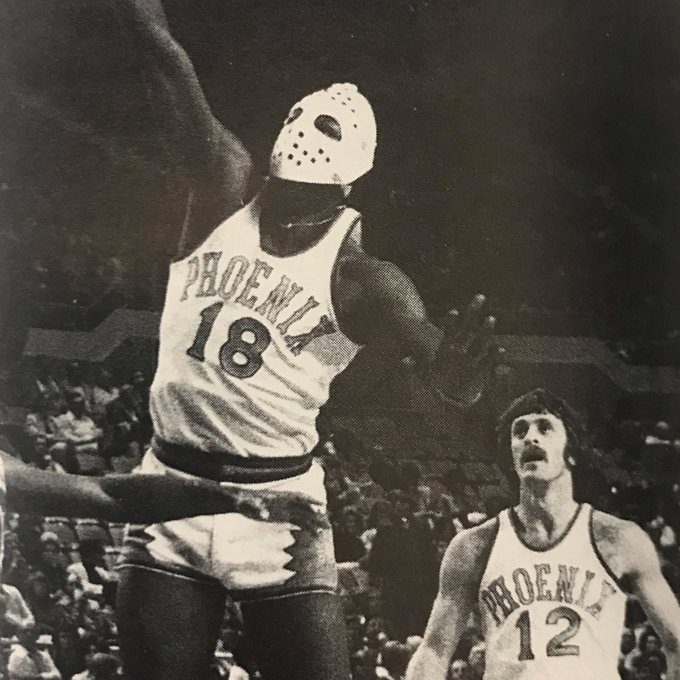 The 1975-76 season was an epic campaign for the Phoenix Suns. Following a 42-40 regular season and third-place finish in the NBA’s Pacific Division, the Suns made an improbable run to the NBA Finals.

Though they lost in six games to the Boston Celtics, the Suns and Celtics engaged in what’s become known as the greatest NBA game ever played in Game 5 of that set, won 128-126 by the Celtics in triple overtime.

A key player for the Suns in that game was power forward Curtis Perry. His 15-foot jumper gave Phoenix a 110-109 lead with six seconds left in the second overtime. He made the inbounds pass to Gar Heard for the buzzer beater that sent the game to triple OT.

Perry made a unique mark on the NBA earlier that season, and it was hockey related.

When he returned to action from a nine-game absence due to a facial fracture for a 124-115 victory over Houston Rockets on Jan. 23, 1976, Perry did so while wearing a Jacques Plante-style fiberglass goalie mask.

Perry pulled down 13 rebounds while wearing his unique facial protection.