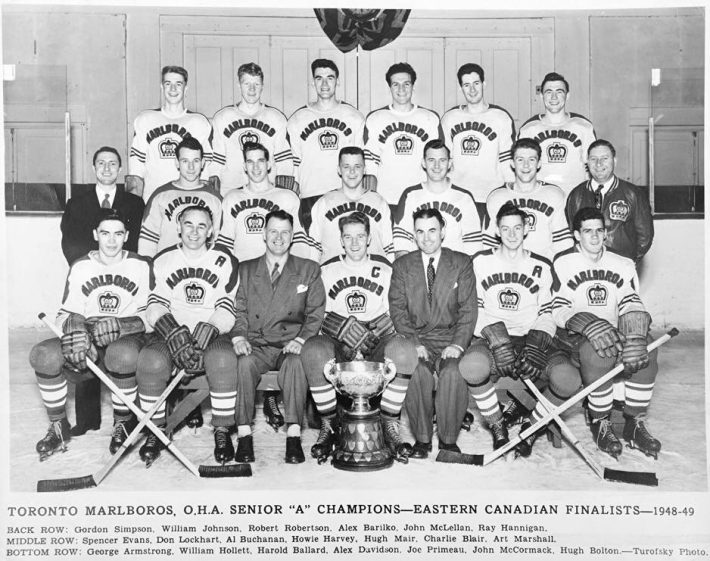 The 1949-50 season was a campaign of remarkable accomplishment for George Armstrong.

Playing in the OHA Jr. A Series for the Toronto Marlboros, Armstrong set a league record by potting 64 goals.

Added to the Marlboros senior club for the playoffs, he collected 19-19-38 numbers in 17 games as the Marlboros won the Allan Cup.

He even managed to squeeze in a pair of NHL games with the parent Toronto Maple Leafs. Armstrong made his NHL debut Dec. 3rd, 1949 in a 2-0 win over the New York Rangers at Maple Leaf Gardens.

Armstrong would go on to play 1,187 NHL games, all with the Leafs. He served as team captain from 1957-69, taking the Leafs to six Stanley Cup finals and four Cup titles.

Nine men have captained the Leafs since Armstrong and not one has led the team back to a Stanley Cup final series.