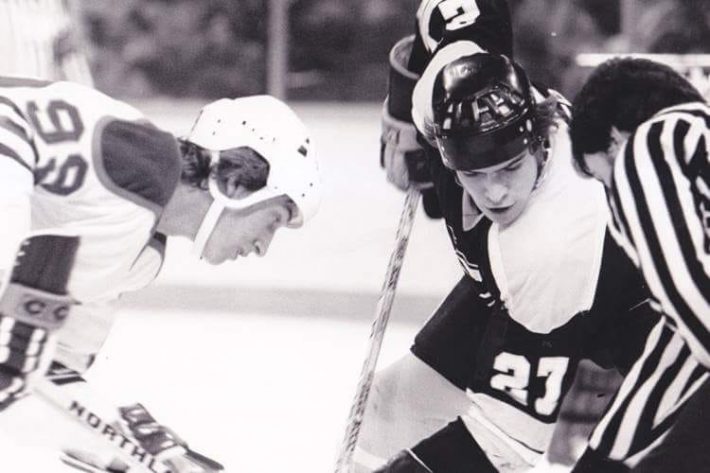 Wayne Gretzky of the Edmonton Oilers, faces off against Mark Messier in a 1978-79 WHA game.

Both first year pros were 17 at the time of the start of that campaign. Messier and Gretzky played five games as teammates with the Indianapolis Racers.

On Nov. 28, 1979, Gretzky was traded to the Oilers by the Racers with Eddie Mio and Peter Driscoll for $700,000 and future considerations. Four days later, Messier was signed as a free agent by the Stingers after the Racers franchise.

Wayne Gretzky and Mark Messier connecting for the winning goal in the 1998 #NHLAllStar Game brought back lots of great memories. pic.twitter.com/BrGaUd2Tj7

The Oilers would claim Gretzky as one of their protected players in the 1979 NHL-WHA merger. With the 48th pick of the 1979 NHL entry draft, Edmonton selected Messier.

The duo would help Edmonton win four Stanley Cups as teammates before Gretzky was traded to the Los Angeles Kings in 1988. They’d reunite one last time with the 1996-97 New York Rangers, as that club reached the Eastern Conference final.