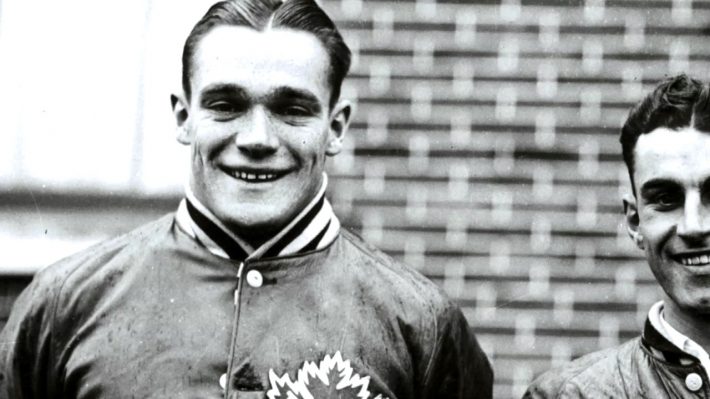 Here’s a trivia question to stump your friends – name the five enshrinees in the Hockey Hall of Fame who played goal in the NHL for both Detroit and Toronto?

The first couple are easy. It’s Terry Sawchuk and Harry Lumley. Both of them were Stanley Cup winners, Vezina Trophy holders and NHL record setters during their heyday.

For the 2nd time in less than 2 months, Harry Lumley of the Maple Leafs battled Terry Sawchuk of the Red Wings to a 0-0 tie on February 17, 1954. The game took place at Maple Leaf Gardens & back on January 3, 1954, these 2 legends managed to duel to a 0-0 tie at Olympia Stadium. pic.twitter.com/1vPgmLq9Fh

Harry (Hap) Holmes is another. He was the goalie when Toronto won the Stanley Cup during the NHL’s first season of 1917-18. Holmes also stopped pucks for Detroit during that club’s first two NHL seasons in 1926-27 and 1927-28.

Last year, Pittsburgh Penguins GM Jim Rutherford was also inducted into the Hall. During a long career as an NHL netminder, Rutherford stopped pucks for both the Red Wings and Maple Leafs.

Coming up with the fifth member of this unique quintet is the true challenge, a test of the mettle of any hockey fan’s knowledge.

That’s because No. 5 on this list is Charlie Conacher.

His first taste of puckstopping came on Nov. 20, 1932. Leafs goalie Lorne Chabot got into an altercation with Murray Murdoch, clobbering the Rangers forward in the head. Chabot was penalized.

In those days, goalies served the own penalties. Conacher took over the cage and kept a clean sheet for two minutes until Chabot was set free.

Later in that same season, during a melee in game at Detroit, Chabot rapped Red Wings forward Ebbie Goodfellow in the head with his stick. The engaged in fisticuffs, resuming their bout in the sin bin after both were exiled from the ice.

Again, Conacher stood between the posts during Chabot’s enforced absence. He wasn’t required to parry a single shot, as the Leafs protected his net feverishly until their regular netminder was free to return to work.

Exactly three years later on March 16, 1935, Conacher was at it again. He paced the Leafs to a 5-3 victory over the Montreal Canadiens by netting a hat trick. And then he protected that lead in the third period of the game.

Leafs goalie George Hainsworth suffered a nasty gash over his left eye as Jack McGill scored for the Habs in the third period to narrow Toronto’s lead to 4-3.

While Hainsworth went off for stitches, Conacher stepped into the net. For three minutes he held the Canadiens at bay until a patched-up Hainsworth returned to resume his duties.

Conacher led the NHL in goals (36) and points (57) in 1934-35. He’s the only player in NHL history to lead the league in scoring and play goal in an NHL game in the same season.

Charlie’s puckstopping glories went done yet. Traded to the Wings for the 1938-39 season, on Feb. 21, 1939, he was again called upon to step into the net. Late in the game, Detroit goalie Cecil (Tiny) Thompson was struck over the left eye by a shot from Rangers forward Mac Colville.

Thompson required assistance to leave the ice. He needed five stitches to repair the damage and was done for the night.

Again, Conacher was the guy who volunteered to take over in the net. Detroit defended tenaciously and Conacher was not required to make any saves during his three minutes of work.

In total, Conacher spent 10 minutes protecting NHL nets and never surrendered a goal. The net wasn’t an entirely foreign position to him. Conacher began his youth hockey days as a goaltender.

Always fun to stumble across a gem like this.

Charlie Conacher (in goalie gear!) and Shrimp McPherson as bantam players back in 1921.

The two are now among the very best prospects in amateur hockey, and have great pro futures ahead of them. pic.twitter.com/BLF4l7SBp8

Inducted into the Hockey Hall of Fame in 1961, Conacher won two NHL scoring titles and led the league in goals five times.