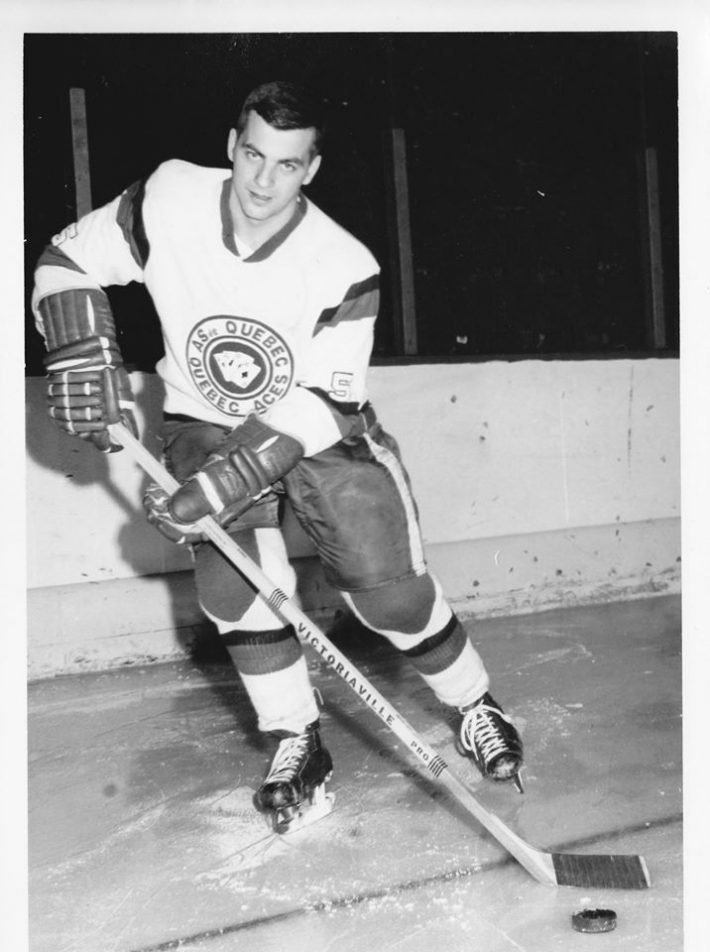 The list of players who’ve accumulated 100 assists in a major pro season is a short one. There’s Wayne Gretzky, Bobby Orr, Mario Lemieux, and . . . .

The correct answer would be Andre Lacroix.

During the 1974-75 World Hockey Association season, playing for the San Diego Mariners, Lacroix accumulated 41-106-147 totals to finish as the league’s scoring leader. Lacroix’s 106 assists shattered the major pro hockey mark of 102 established by Orr with the 1970-71 Boston Bruins.

Lacroix established his scoring credentials in junior with the Peterborough Petes. He led the OHA Jr. A series in scoring with 120 points in 1965-66. From 1968-69 through 1970-71, he posted three straight 20-goal seasons in the NHL for the Philadelphia Flyers and twice led the team in scoring.

Jumping to the WHA in 1972, Lacroix was the league’s scoring leader during its inaugural season, accumulating 124 points for the Philadelphia Blazers in 1972-73. He garner at least 100 points in six of his seven WHA campaigns.

He returned to the NHL in 1979-80, playing 29 games for the Hartford Whalers. For that one season, both the NHL (Gordie Howe) and WHA all-time scoring leaders skated as NHL teammates.

The season after Lacroix left the game, Wayne Gretzky shattered his single-season major pro assist mark, dishing out 109 helpers for the Edmonton Oilers.