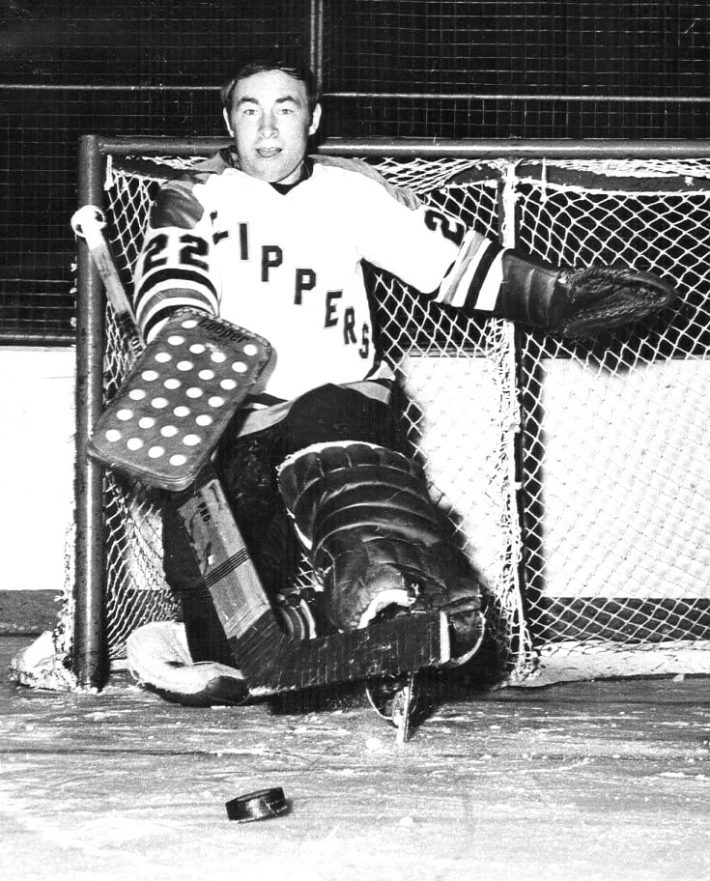 Andy Brown is known in hockey trivia circles as the last NHL goalie to play without a mask. Brown, who played with the Detroit Red Wings and Pittsburgh Penguins, saw his farewell NHL duty on April 7 1974.

The final Month of the Mark #TBT, here's a shot from Andy Brown's @penguins game against the Atlanta Flames on April 7, 1974.

This was the final NHL game played by a maskless goalie (Brown did play three WHA seasons without a mask as well). pic.twitter.com/iy7wRng5qh

He was in goal for Pittsburgh’s 6-3 loss to the Atlanta Flames at the Omni. Brown would go on to play in the WHA with the Indianapolis Racers through 1976-77 and never donned facial protection.

Brown’s offseason occupation was also outside of the norm. He raced stock cars.

Brown was one of the stock car drivers who competed before as many as 20,00 fans in Toronto at the Canadian National Exhibition in the 1960s and 1970s. He also raced super modifieds at Oswego and Delaware Speedways, late models at Cayuga and Delaware and sprint cars on the USAC circuit.

Unlike when he took up his position in the goal crease, Brown always wore a helmet inside his race car.