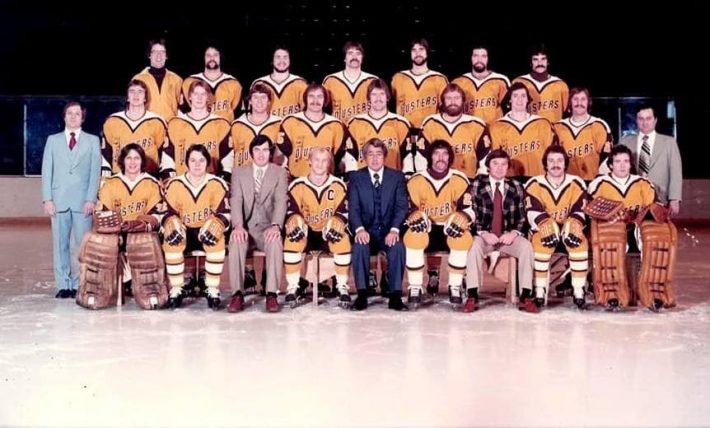 The minor leagues are all about NHL development, and the North American Hockey League’s 1976-77 Broome Dusters launched a couple of unique and lengthy NHL careers. 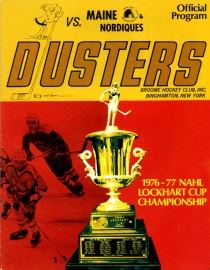 However, neither achieved greatness as players.

Stewart’s grandfather Bill was a Major League Baseball umpire who worked four World Series – 1937- 1943, 1948 and 1953. He was also coach of the 1937-38 Stanley Cup champion Chicago Blackhawks, making him the only man to work both the World Series and the Stanley Cup final.

In the mid-1980s, Stewart opted to attend a training camp for budding NHL referees. He proved as natural at handing out penalties as he was at sitting out infractions. From 1986-2003, Stewart worked 1,010 games as an NHL referee. He was the first American to referee 1,000 NHL regular-season games. In 2018, he was inducted into the U.S. Hockey Hall of Fame.

The goaltender on the left of the front row was a rookie pro with the 1976-77 Dusters. He’d also reach the NHL for four games – one with the Hartford Whalers and three with the Detroit Red Wings. But Ken Holland, made, and continues to make his mark on the NHL in the front office.

Starting out as a scout with the Wings. Holland worked his way up to general manager, a position he filled in Detroit from 1997-2009. He was part of four Stanley Cup winners.

Last summer, Holland left the Wings and was named GM of the Edmonton Oilers.