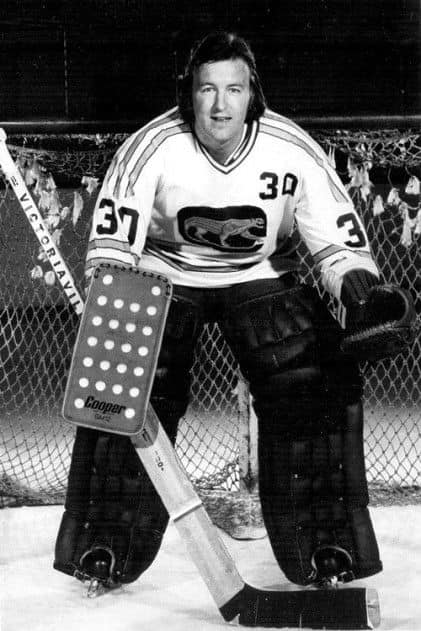 To the current generation, Cam Newton is a Heisman Trophy-winning quarterback who was named NFL MVP in 2015 as he led the Carolina Panthers to a 15-1 record and berth in Super Bowl 50.

This Cam Newton is a show stopper.

To another generation – especially for hockey fans raised in Ontario – Cam Newton was a puckstopper.

Growing up in Toronto in the mid-1960s, the young boy wanted to be a goalie. Naturally, the goalies of that era caught his eye.

Toronto Marlboros goalie Cam Newton (pic) faced 60 shots and made 56 saves but still lost the OHA Jr A opening game 4-3 to the Hamilton Red Wings. D Randy Manery got credit for the game winning goal which was knocked into the net by Toronto D Yvon Labre. pic.twitter.com/udZEe60pjC

The Toronto Marlboros were a regular TV presence in those days, and their goalie was Cam Newton. He was one of the netminders for the Marlies when they won the 1966-67 Memorial Cup.

Newton was selected 102nd overall by the Pittsburgh Penguins in the 1970 NHL amateur draft. As luck would have it, the same young boy who’d watched him perform for the Marlboros on a grainy black-and-white TV set got to attend the Penguins’ training camp in Brantford, Ont. in the fall of 1970 and see Newton in person.

Cam Newton the Goalie not the QB #Pittsburgh #Penguins pic.twitter.com/uDtkf3300D

On March 25, 1971, recalled from Amarillo of the Central League, Newton made his NHL debut and was a smash hit. The Penguins buried the Detroit Red Wings 8-2. Defenseman Duane Rupp netted a hat-trick and Pittsburgh’s rookie goalie made 22 saves to garner the victory in his NHL debut.

It would not be a sign of things to come. In five games that season, Newton went 1-3-1. He won just four of 16 appearances for the Pens before opting to sign with the WHA’s Chicago Cougars on May 24, 1973. 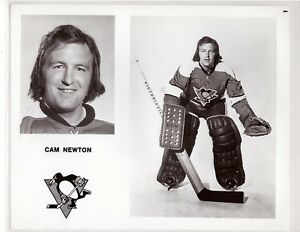 In the playoffs, the Cougars went on the prowl. They stunned the first-place New England Whalers and second-place Toronto Toros in back-to-back seven-game series before succumbing to Gordie Howe and the Houston Aeros via a four-game sweep in the Avco Cup final.

It would be the last hurrah for the Cougars. The team folded that summer.

After WHA stints with the Cleveland Crusders, Denver Spurs and Ottawa Civics, Newton bowed out of pro hockey in 1977, eventually surrendering his title as the most famous Cam Newton to his football-playing namesake.