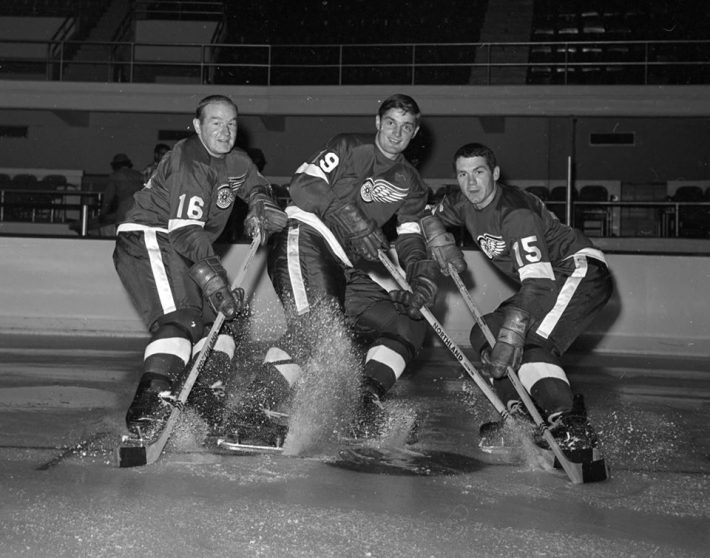 The second player selected in the NHL’s very first amateur draft in 1963, Pete Mahovlich was a lanky, 6-foot-5, 205-pound center who was chosen by the Detroit Red Wings. 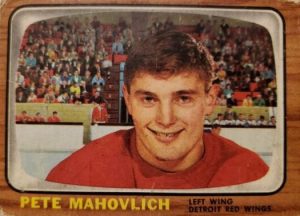 The younger brother of NHL all-star forward Frank Mahovlich, aka the Big M, despite his length, Pete would be forever attached to a handle as the Little M. He launched his pro career in 1966-67, splitting the season between the Red Wings and their Pittsburgh Hornets AHL farm club.

3 picts of this vintage dust up between The Blackhawks' Keith Magnuson & Pete Mahovlich of Montreal. We have read it was a doozie. 11.24.71 #HFH pic.twitter.com/AzCTdIDmQE

The Wings dealt Mahovlich to the Montreal Canadiens in 1969. He’d win four Stanley Cups in Montreal. In 1997-78, Mahovlich was traded to the Pittsburgh Penguins. In 1979, he was acquired for a second tour of duty with the Wings.

By 1982, Mahovlich’s pro career was winding down. He spent the 1982-83 season with Detroit’s AHL farm club, the Adirondack Red Wings.

With #GoHabsGo hosting #LGRW in Montreal’s 2019-20 home opener tonight, timely 73rd birthday good wishes to Pete Mahovlich, an alumnus of both Original Six teams, plus #LetsGoPens and @TeamCanada1972. Thanks to @Sihrhockey for Pete's NHL photos pic.twitter.com/HnrROdlQMZ

Though there were no Hall of Famers on his team this time, Mahovlich did skate alongside a future NHL coach (Ted Nolan), an original Washington Capital (Greg Joly) and a guy who was in Slap Shot (Dave Hanson).

Mahovlich would play his last pro hockey in 1985-86. Coach of the IHL Toledo Goaldiggers, he came out of retirement to help the team during a player shortage.