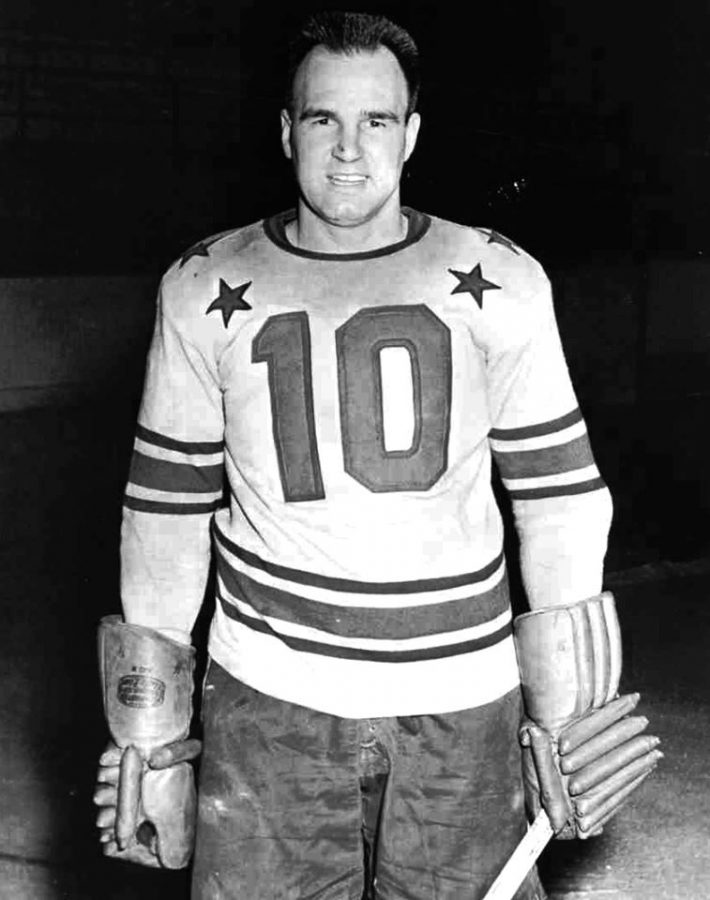 Bush also skated in 11 Stanley Cup games, tallying a goal and six assists. Yet for 43 years, Bush held the single-game NHL playoff record for points in a game by a defenseman.

The Detroit Red Wings defeated the Toronto Maple Leafs 5-2 in Game 3 of the Stanley Cup final series on Apirl 9, 1942. The Wings ralied from a 2-0 deficit to win that game and take a 3-0 lead in the best-of-seven set. And Bush figured in all five Detroit goals.

Lorne Carr scored a pair of first-period power-play goals to put the Leafs ahead. Bush set up Jerry Brown to get Detroit on the board. Just 28 seconds later, Bush dished to Joe Carveth for the tying goal.

In the second period, Bush figured in goals by Pat McReavy and Syd Howe. He completed Detroit’s scoring in the third period, driving a 50-foot shot past Toronto goalie Turk Broda.

Acquired via a Jan. 15, 1942 trade with Providence of the AHL, Bush had just set a new standard for points by a defenseman in a Stanley Cup game. And he’d hold that mark until 1985.

It was equaled three times – by Bob Dailey of the Philadelphia Flyers on May 1, 1980, Denis Potvin of the New York Islanders on April 17, 1981 and Risto Siltanen of the Quebec Nordiques on April 15, 1987. But it wasn’t until May 14, 1985, when Paul Coffey of the Edmonton Oilers collected a goal and five assists in a 10-5 win over the Chicago Blackhawks, that Bush’s record would be bettered.

However, Bush still holds the standard for points by a defenseman in a Stanley Cup final game.