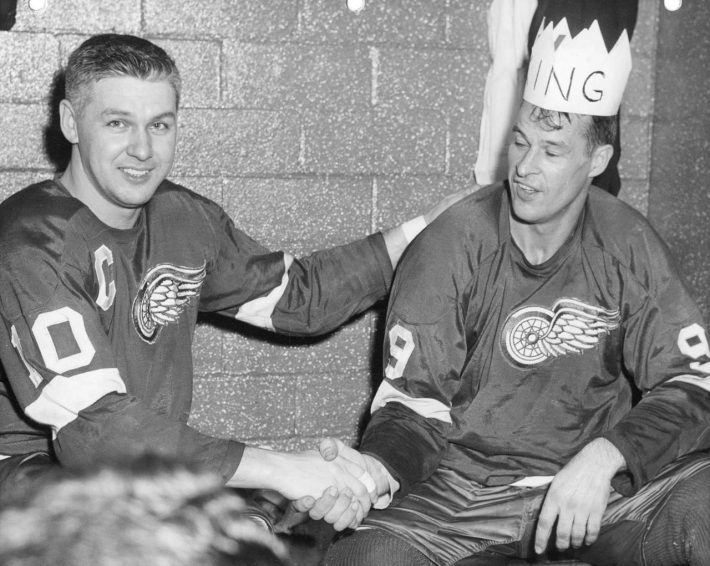 When it comes to teammates, Mr. Hockey is also the king of the game. Gordie Howe and Alex Delvecchio played an NHL-record 1,353 games together with the Detroit Red Wings from 1951-71.

Does that make them the greatest teammate tandem of all-time? Well, the Sedin twins might have an argument. Daniel and Henrik spent their entire NHL careers as Vancouver Canucks teammates from 2000-18, playing 1,276-games together.

Hall of Fame defenseman Nicklas Lidstrom figures into a pair of teammate tandems among the top 10. The seven-time Norris Trophy winner with the Red Wings skated 1,107 games alongside Kris Draper and 992 alongside Tomas Holmstrom.

Among active players, Duncan Keith and Brent Seabrook of the Chicago Blackhawks are the leaders with 1,072 games. They’re the only defense pairing to make the top-10 list, and that in itself is an accomplishment worthy of mention.

Who’s the No. 1 tandem? It’s time to have your say. Cast your vote in the poll below.

Who formed The Best Teammate Tandem?