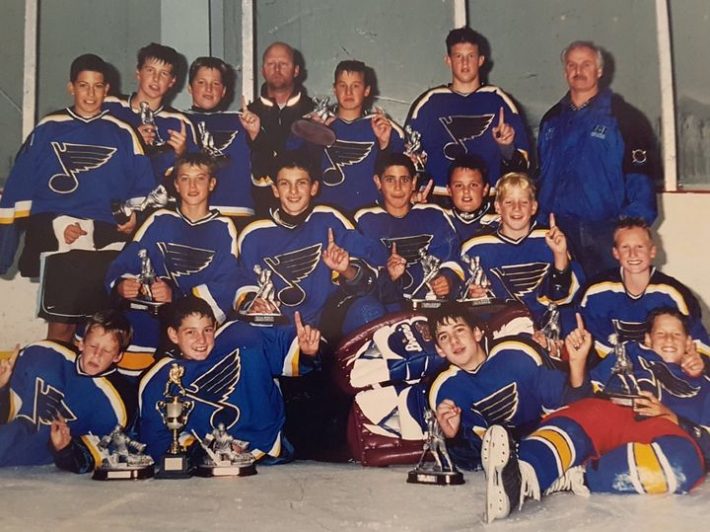 Log before they were NHL stars, they skated as teammates. The above photo is of the Ontario Blues and it includes the last two Stanley Cup-winning captains.

The guy standing in the back second from the left clutching the trophy in his left hand is Alex Pietrangelo. Though he recently signed as an unrestricted free agent with the Vegas Golden Knights, in 2018-19, he captained the St. Louis Blues to the Stanley Cup.

The blonde-haired kid kneeling at the far right end of the second row is Steven Stamkos. He captained the Tampa Bay Lightning to the 2019-20 Stanley Cup.

This was quite the team. The goalie is Michael Hutchinson, who recently signed as a UFA with the Toronto Maple Leafs. Michael Del Zotto, Cody Hodgson and Cameron Gaunce and other future NHLers who played for that Ontario Blues squad.