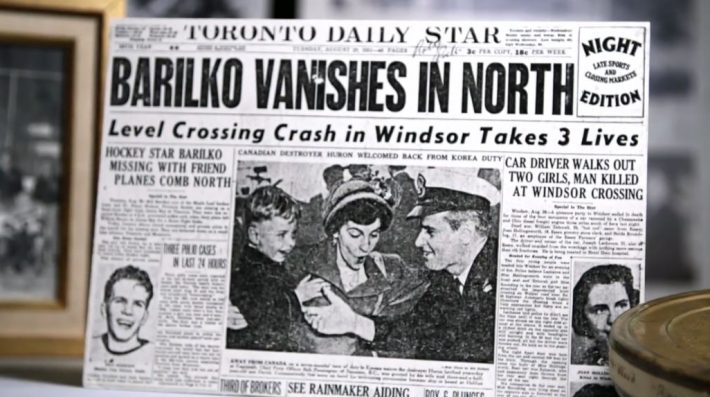 On a special edition of the Hockey Debates podcast, co-hosts Kevin Allen and Bob Duff welcomed collector Mark Fera, the foremost authority on Bill Barilko. It was 70 years ago this week that Toronto Maple Leafs defenseman Barilko scored the Stanley Cup-winning goal against the Montreal Canadiens in overtime.

Barilko would never score another NHL goal, or play another NHL game. He was a passenger in a plane on a fishing trip in northern Ontario in the summer of 1951. The plane crashed, both Barilko and pilot Henry Hudson lost their lives and the wreckage wasn’t discovered until 11 years later.

But don’t read about it here. Hit play and let Mark tell this remarkable and tragic tale in vivid detail.